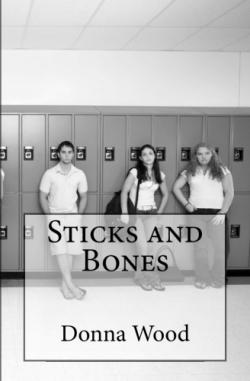 Detective Marcia Grant never thought much about high school, until the body of missing Leah Jackson is discovered on an abandoned farmstead. The discovery launches Marcia into a world she had left behind years ago; the world where the social ladder must be climbed, or clung to, at all costs; or risk social suicide.

Officer Jonathon Drake worked hard ensuring his next step on the professional ladder would be to Detective. He never thought his career would be derailed by a woman. Especially the woman he secretly planned to marry  one day.

The holiday season is upon the Midwestern city of West Fargo. The school year is in full swing, when Halloween night, high school sop****re, Leah Jackson, will leave her home for the last time. The gossip mill begins to grind in the school system, the police department, and throughout the metropolitan area.

Who killed Leah Jackson? Was it Clyde Jordaine the abusive, alcoholic widower who owns the abandoned farmstead? Was it Sasha Davis the high society girl, and best friend of Leah Jackson, in a move to become Queen Bee of the tenth grade? Was it a Satanic Halloween ritual propagated by Sean Dorian and his minions?

There are no real suspects in the case, only speculation and hearsay. Until a primetime news show develops into a new theory. A new possibility that even Marcia, with her degrees in behavioral science and forensic psychology, had not considered. It wasnt possible. Or, was it?

Sticks and Bones promises a journey through the underbelly of the American High School like no other. Love them or hate them, the characters leap off the page, into the memories of the reader, taking on the forms of ghosts from the past. Do you dare journey back to high school? Just one more time?
Search for the title using