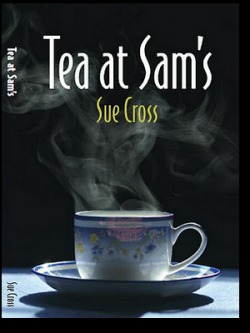 Sue Cross
Click link to see all books by this author.
Genre: Women's Fiction. Format: eBook. Views: This Week 356, Total 1538.
All that Celine, a girl without guile, wants from life is to marry and have a family but she soon awakens from her dream of marital bliss. While living in Amsterdam, she loses the two men that she has always loved and trusted, one suddenly and the other gradually. Her father dies of a stroke and, upon her return from the funeral in England, she discovers that her husband, James, is not the person that she believed him to be and has a dark secret.

She returns to England alone to make sense of her life and, it is during this brief sojourn, that she has a chance meeting with her only other love, Nick. Before marrying James, Nick was removed from her life through a series of misunderstandings, lies and betrayals. Vulnerable, she thinks she still loves Nick, but his feelings are not reciprocated. Confusion is soon replaced with hope, as James is offered a job in Hong Kong and begs Celine to forgive him. Hoping that she can salvage her marriage, she flies out East to join him with a fresh determination to realise her dreams. But, through many twists and turns, her life does not follow a smooth course.

Returning to England with her self-esteem in tatters, Celine decides to revive a dormant ambition to paint. It is through this life-changing hobby that she emerges from a chrysalis of despair and finds tender wings of confidence. She also encounters two friends at the art class that she has joined. Samantha, a whole-food chef, and Kristin, a beauty therapist, become her trusted confidantes and mentors.

In the changing times of the late sixties and early seventies, when womens lives were changing dramatically, the three friends find that they have much in common, not least that they were all reluctant expatriate wives in the British colonies. Tea at Sams becomes a lifeline as they meet regularly. Kristin and Samantha encourage Celine to persevere and pursue her goals. So, with trepidation, she takes a trip to southern Spain where she falls in love with the country as well as her painting tutor.

There is a double celebration in Andalucia as, during the fiesta, an unexpected guest appears.

The story begins in Amsterdam and then moves to various British colonies. A roller coaster of betrayal, adversity and friendship set in Hong Kong, Mauritius, Australia and England before it finally ends in Spain. It is here that the intertwining of lives brings rewards and restoration.

For more information where to purchase Tea at Sams, as either a book or download, check out The Author's Site.
Search for the title using