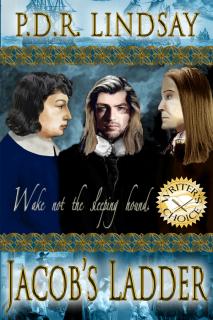 p.d.r. lindsay
Click link to see all books by this author.
Genre: Writer's Choice. Format: Multiple. Views: This Week 0, Total 1274.
The whole countrys gone mad. King Charles I wants one religion and all his subjects must follow it. He is threatening to forcibly modify the Anglican faith. Half his subjects are protesting. He also wants money but Parliament want to talk to him about his taxes. Hes refused to call Parliament for eleven years, and has tried to browbeat Parliament by force.

Its 1642 and England is in an economic and political melt down, as difficult a situation as todays similar economic and political mess. The King wont bend, Parliament wont break, its an explosive deadlock. During those few chaotic months before King Charles declared war on his subjects there was, for those who dared to take it, the opportunity to get away with murder, in return for impressive rewards of power and influence, or wealth.

Jacob Emerick fears the future. His main concern is with keeping the familys merchant shipping company afloat and out of the hands of either the King's supporters or Parliament's. Jacob is the youngest and lawyer son of the large family of Merchants Emerick. He might be a ****y young man about town, but he knows that keeping the family firm afloat is his task. When trouble threatens it is he who has to fend it off. When it comes in the shape of Lady Fowke and her family, companions to King Charles, and who will dare anything, including illegal seizures, to get their hands on the Emerick ships and gold for the King, he has a deadly fight on his hands. He has yet to learn that Parliaments Puritan extremists are just as determined to have use of the Merchant Emerick gold and ships.

Poor Jacob. He must leave London for Eikenthorpe, a small town in Kent, to renegotiate a contract, a contract vital to the Merchant Emericks well being. Stopping to rest his horse and himself, before entering Eikenthorpe, Jacob discovers the body of the lawyer he was to work with.

This is a disaster, but only the first of his problems, problems which pile up rapidly. Jacob is accused of murder and of being a Royalist spy. He has to free himself and cope with the Fowke familys machinations, as well as underhand Puritan interference.

He finally manages to take control and prove his innocence. But it is at a cost. Too high a cost for Jacob, the death of friends, and the death of his belief that those with a right and proper cause will behave within the law, honestly and with honour.(less)
Search for the title using