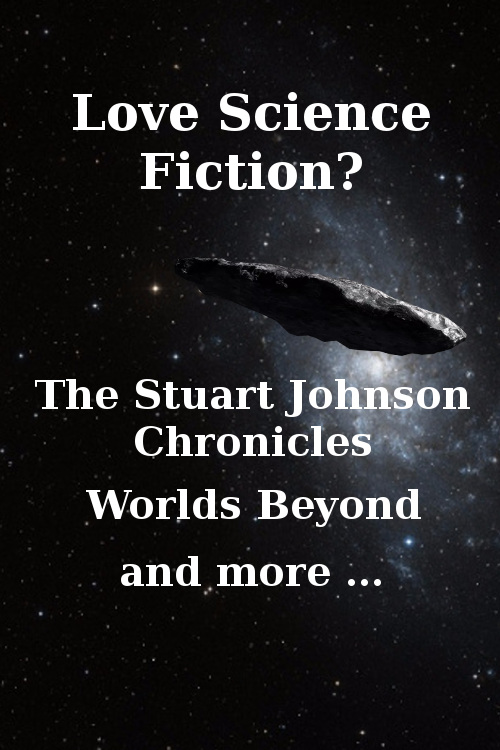 Stuart Johnson is a laid back guy, content to watch the world sail by, until he met Brian. Still happy to relax with a pint in the pub, but now it's between saving worlds.

The Worlds Beyond series journals a world without electricity, powered by steam, until an unsuspecting visitor brings a flashlight. That changes everything.

Fracture Point tells the story of a rogue solar flare that did more damage than was thought possible. It took out the world's electricity grid. Not good.

Meanwhile in Time tells the story of an accident - an accident which starts to unravel the fabric of time. (7952)