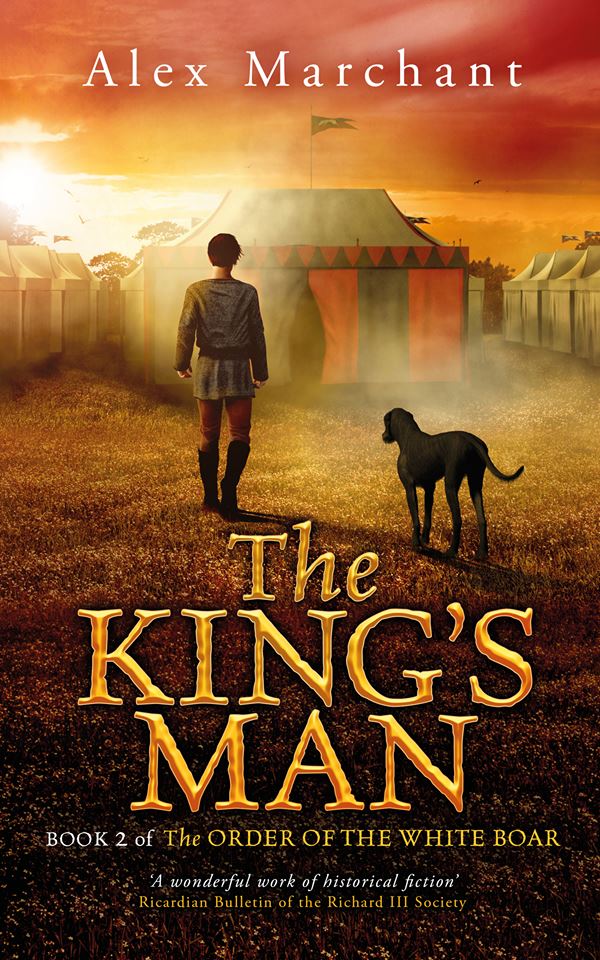 The King's Man, Book 2 of The Order of the White Boar

Alex Marchant
Click link to see all books by this author.
Genres: Historical Fiction, Action and Adventure, Young Adult. Format: Multiple. Views: This Week 71, Total 1152.
How well do you know the story of the real King Richard III?

It's April 1483, and the death of his brother King Edward IV has turned the life of Richard, Duke of Gloucester upside down, and with it that of his 13-year-old page Matthew Wansford.

Banished from Middleham Castle and his friends, Matt must make a new life for himself alone in London. But danger and intrigue lie in wait on the road as he rides south with Duke Richard to meet the new boy king, Edward V  and new challenges and old enemies confront them in the city.

As the Year of the Three Kings unfolds  and plots, rebellions, rumours, death and battles come fast one upon the other  Matt must decide where his loyalties lie.

What will the future bring for him, his friends and his much-loved master? And can Matt and the Order of the White Boar heed their Kings call on the day of his greatest need?

A wonderful work of historical fiction . . . altogether a very enjoyable book for both children and adults. Isabel Green, 'Ricardian Bulletin' of the Richard III Society

This engaging and exciting story has the power to captivate readers of any age . . . extremely well researched and a pleasure to read. Wendy Johnson, member of the Looking for Richard Project

Exciting and appealing, accurate and well-researched . . . I can honestly see this becoming a classic. Joanne R. Larner, author of 'Richard Liveth Yet'

Finally! A book that has been written for a younger audience, which brings to life, through the eyes of a young boy, the just and fair leader that Richard III truly was. Richard IIIs Loyal Supporters
Search for the title using

(opens in a new window).
Very Good Story, Very Well Written, Definitely Recommended, Very Well Edited in 1 reviews.
Paul Smith : I read the first book in the series (The Order of the White Boar) and enjoyed it thoroughly. Although a YA novel, it appeals to all ages, having a mix of soundly formed character, history that's easy to learn, a different slant on what you think you know and, behind it all, a good yarn.

The second in the series, The King's Man, tells of a time of great upheaval in England when Richard III loses his crown and his life to Henry Tudor at the Battle of Bosworth Field, as it is now known. It is a different story to the first and if you are expecting more of the same, then Alex Marchant, as an exceptional author, won't deliver you that. What she has created is a rich story that starts slowly building into a resounding crescendo that leaves you wanting more from the main character, Matthew Wansford.

The story is more constrained by historical events than the first novel but, even here, the author has been inventive, slanting the tale from an angle I hadn't expected, with more to come I hope. I'm looking forward to the third book in the series. Don't make it too long, Alex.