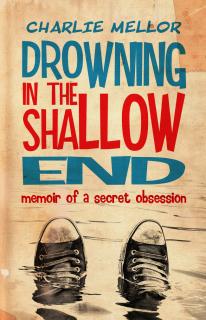 Drowning in the Shallow End

Charlie Mellor
Click link to see all books by this author.
Genres: Memoir/Biographies, Humour, Satire. Format: eBook. Views: This Week 48, Total 900.
A darkly comic memoir about a secret obsession, revealing the depths to which people can sink, before they realise theyre in too deep

For years, all Charlie Mellor wanted was to meet the alluring Pennie Fenton. Unfortunately for him, this wish came true. Captivation with the corrupting Miss Fenton quickly developed into an overpowering infatuation which sent his life spiralling out of control and jeopardised everything he held dear.

It was because of Miss Fenton that he lost touch with his family and friends, got involved with the occult, upset members of the Greek Underworld and even volunteered one of his own fingers to be crushed by a sadistic stranger. Before he could free himself from her curious charms, he would need to acknowledge her real identity and expose the deep, dark secret she had kept hidden from him. Only then, would he find the courage to rebuild himself through a bizarre appearance on national television, where in front of millions of viewers, he would abandon all dignity and reveal the full extent of his downfall.
This candid true story chronicles one mans hapless attempts to free himself from a cruel and manipulative companion. Peppered with black humour, it unveils the damaging impact of an unyielding obsession. Positioned as an offbeat tale of misplaced mesmerisation; this unconventional memoir taps into the universal themes of attraction, temptation and choice. It includes irreverent observations on life, loss and the enormous void between these two. Only at the end of the book do readers see that nothing is quite what it seems and this is in fact, a modern day parable about the redeeming power of love.

REVIEWS:
Cohesive and heartfelt. A confident and well-crafted book BubbleCow.
Mellor writes with a deft hand, his comedy has a light, wry touch, combined with a self-depreciating sense of irony that is utterly endearing - Alan Strong, US book blogger.
Acerbic, absurd and addictive - The GoodBook Guru.
Here at last, is a long overdue love letter to the much maligned steeltown of S****horpe Jeremy Ainsley, Exec Producer, When Julie Met Toby, BBC TV.
An excellent narrative controlled and skilful - LJB, British Literary Agents.

READER COMMENTS:
Conclusive proof that real life really is stranger than fiction.
Amusing and engaging. Full of intrigue the hints at the drama to come work well to build to an absolute shock for the reader. The twist in the plot is both clever and unexpected.
Full of sharp, beady-eyed observations about the human condition.
Slow burning, quirky and surprisingly touching.
Search for the title using