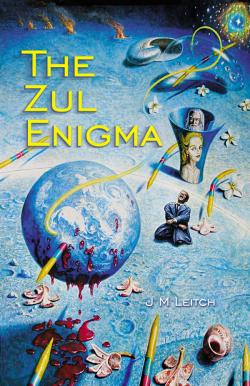 J M Leitch
Click link to see all books by this author.
Genres: Thrillers and Suspense, Science Fiction. Format: eBook. Views: This Week 65, Total 2895.
People are raving about The Zul Enigma. 'It blew my mind into a bazillion pieces' and 'This is, by far, one of the best books I've ever read!'