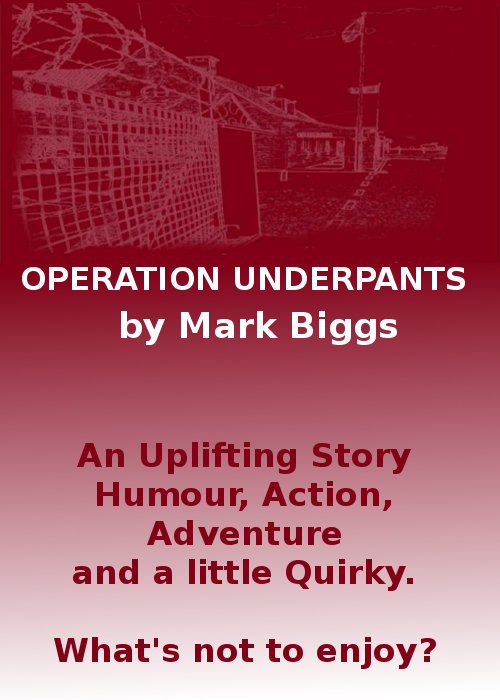 Google Search
Operation Underpants
An Uplifting Story  Humour, Action, Adventure and a little Quirky. Chosen for Book of the Month by Wise Grey Owl for December 2016.

Now 87 years of age and confined to a nursing home in Australia, they are called back into action after finding a hidden message in a funeral notice for Claude Duval. Somehow they must escape from the home and travel to the United Kingdom and retrieve the Janus Machine that was hidden in the dying days of the war. Although pursued by the police and those determined to stop them, the fate of London and much of the world hangs in the balance  they must succeed.