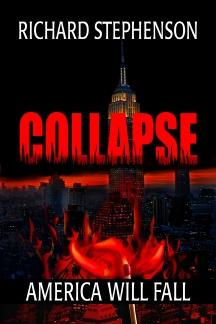 Richard Stephenson
Click link to see all books by this author.
Genres: Action and Adventure, Thrillers and Suspense. Format: eBook. Views: This Week 83, Total 2625.
BOOK ONE in the NEW AMERICA series.

This is the story of three men: Howard Beck, the worlds richest man, also diagnosed with Aspergers Syndrome. Richard Dupree, ex-Navy SEAL turned escaped convict. Maxwell Harris, a crippled, burned out Chief of Police of a small Texas town. At first they must fight for their own survival against impossible odds. Finally, the three men must band together to save their beloved country from collapse.
Search for the title using