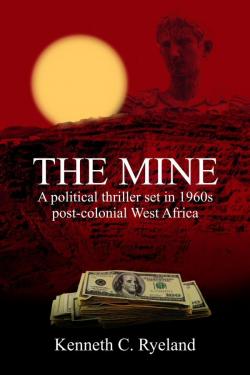 Kenneth C Ryeland
Click link to see all books by this author.
Genre: Thrillers and Suspense. Format: Multiple. Views: This Week 81, Total 3266.
"The Mine" is a political thriller set in Nibana, an imaginary West African state, several years after gaining independence from the British in 1962. With the Eastern Region about to secede and Nibana heading for civil war, the head of state invites an archaeology professor and his team to investigate some ruins in the Northern Region. The professors astonishing finds initiate a chain of extraordinary events that lead to abduction. A police investigation ensues, but becomes complicated when an Eastern Bloc country is commissioned to print currency for the secessionists, and an MI6 agent, working with the police, must hinder the secession by sabotaging the currency. An abandoned mine becomes the focal point when the agent, police and archaeologists are incarcerated there and discover its secret. Murder, breathtaking corruption, river pirates and rogue army officers; Ken Ryeland manipulates these ingredients in his usual consummate way to provide an exciting political thriller.
Search for the title using