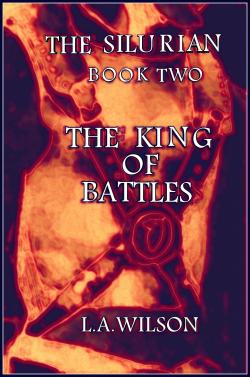 The Silurian, Book Two: The King of Battles

L.A. Wilson
Click link to see all books by this author.
Genres: Historical Fiction, LBTQ Plus. Format: eBook. Views: This Week 16, Total 1618.
The King of Battles:
Arthur is now Supreme Commander of Armies in Britannia and just about to lead his first major engagement, north of Hadrian's Wall against the Picts; he is eighteen years old. His battles and victories will make Bedwyr the Fox a hero. Fighting with a crippled left arm, the Fox tells of his one-armed struggle to stay alive in his first Pictish battle; the greatest of his young life. Yet battle after battle wears him down, and fighting to know his own identity, he strives through Arthur's growing power to understand himself and who he loves. The Clan Bear return south, victorious, where again, Arthur destroys the Saxons in more intense battles - and yet Arthur the soldier, the fighter, becomes a lover when he meets his future wife, and the Fox falls into darkness.

Book Two: The King of Battles opens the door on both their lives, setting the pace for all that will come.
Search for the title using